Home
Relationships
I Do- Early signs you’ve met the one 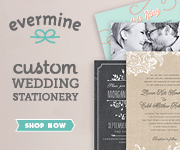 Marriage, for most people, is a sacred bond which formalizes a relationship between two individuals in love. As magical and sweet as it sounds, marriage is something that should not be taken lightly; there are many couples who decide on getting married despite not being completely ready for the responsibilities that they’ll face, like having children, paying bills, dealing with in-laws and relatives, and the other wonders that the married life has to offer.

Most couples who aren’t completely ready usually end up in rocky relationships that end in bitter splits. To prevent all this drama from happening, here is a checklist for anyone who may be feeling the early signs you’ve met the one and want to make sure they want to get married.

Both of you communicate well

A key to a strong relationship is good communication with each other. It may be vague, but there are quite a good number of indicators which can help you in getting ready. One indicator is that both of you settle arguments in a rational manner. That means no shouting matches, silent treatments, cool off periods, and the like. If both of you are able to settle arguments in a calm manner, then it’s a good sign that you’re both ready for the rigors of married life.

You trust each other

It may sound really generic, but trusting each other is very important for both regular and married couples.  And don’t expect trust to come by easily too. Trust, as cliché as it sounds, is built on the time that a couple spends together. If you can’t trust your significant other, like for example, he/she goes out with his/her friends, then that means you still need more time to build that trust.

You talk about your future together

Getting married means you’re comfortable being with your significant other for the rest of your life. That also means that both of you no longer need reassurance on how both of you feel about each other. Both of you know that no matter what, both of you feel the same amount of love for each other (again, cliché but important). If you still question one’s commitment in your relationship, then it’s still not the time to hear those wedding bells.

Being in a long, committed relationship means that both of you should know each other’s families well. Both of you know each other’s closest relatives, favorite cousins, grandparents, and of course, the parents. If you talk to each other’s family members on a regular basis, then it’s all good. Not all family members may approve of your relationship (there would those relatives who would doubt and disapprove), but if a good majority of them are warm to you, then its one good indicator of getting married.

Preparing for a marriage (not just a wedding)

Yes, these two things are different from each other (although both go hand in hand if all goes well). A marriage is a long term commitment with your significant other, while a wedding is the ceremony which unites both you and your significant other. The goal of a relationship is not just the wedding, but the marriage that follows. A wedding lasts for a day, but a marriage is long term. Being in a relationship and not looking beyond the wedding means both of you still have some work to do as a couple.

There are a few things in life as beautiful as a marriage between two individuals in love with each other. Getting married takes a lot of time and trust to get ready. Being sure that you’re with the right person is the most important thing of all. Knowing each other really well, being comfortable around their families, and simply being very comfortable with each other are the best ways to know if getting married is in the cards in your future.

Larisse is a full-time foodie, blogger, professional cakemaker and editor for Juan Carlo. She makes a living making personalized cakes in Paranaque. She blogs to relax and express her thoughts in her website: Larisse Gastronomique. She’s also known for her love of cheese and weird appreciation of odd humor.

Your wedding day provides the perfect opportunity to do some …

Marriage needs true commitment to last forever. It is about … 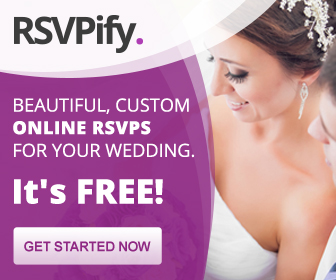 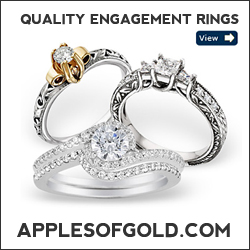 Our website is made possible by displaying online advertisements to our visitors. Please consider supporting us by disabling your ad blocker.

How to Choose Wedding Reception Location You Will Be Happy With!

5 Things You Should Consider Renting for Your Wedding

30 Ways to Surprise Your Groom at the Wedding